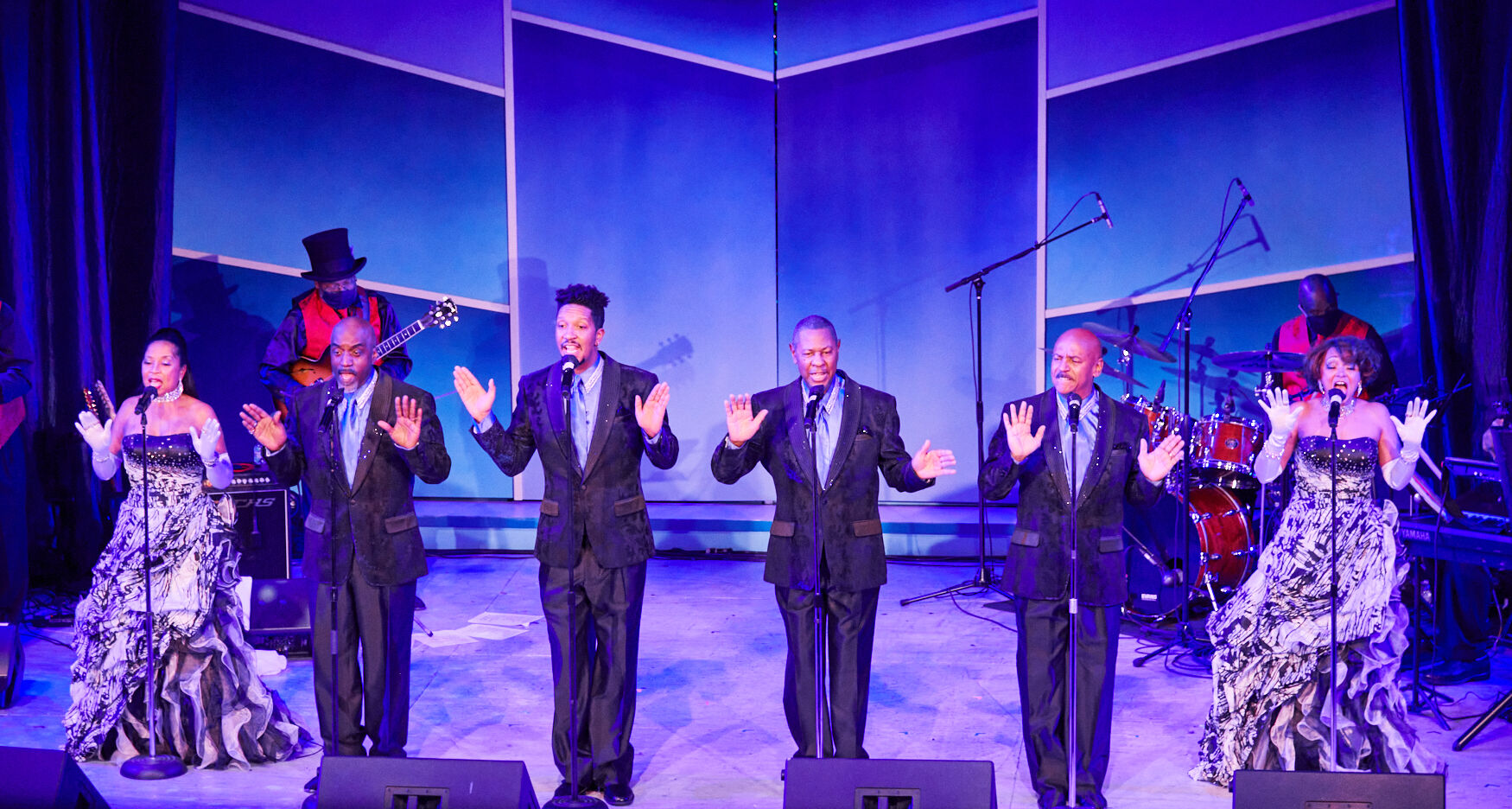 TICKETS AVAILABLE TO MEMBERS AUGUST 2, TO THE GENERAL PUBLIC ON AUGUST 15

Shadows of the 60s pays tribute to the tremendous legacy of Motown’s Super Groups, in a salute to the legendary stars of Motown such as The Supremes, The Four Tops and Temptations.

In this highly interactive and visually stunning production, SHADOWS OF THE 60’S perform the hits that span several decades. Featuring top industry musicians and singers dressed in exquisitely designed costumes and dazzling choreography, Shadows Of the 60’s present the music of Motown with the intensity of the original recorded performances.

Each singer and musician was chosen because they embody the spirit, style and excitement of the original artists in concert. Close your eyes and you will hear the magic of Motown, open them and you will see and feel the raw “front row” experience of attending a live Motown concert, circa 1964. The evening is capped off with a jaw dropping grand finale featuring the music of Motown’s Smokey Robinson, Marvin Gaye, The Marvelettes, Junior Walker & The Allstars, Stevie Wonder, Gladys Knight & The Pips, The Contours and more! Shadows Of The 60’s,” is truly a concert for everyone!

Founderr/creator Dave Revels is an entertainer with over three decades of experience. In The mid to late eighties he was a member of the Hall Of Fame group, the Drifters, which featured two original members, Charlie Thomas and Elsbeary Hobbs. He has toured world-wide and is currently the lead singer and record arranger/producer for internationally acclaimed a cappella group, The Persuasions. He is an author and songwriter.