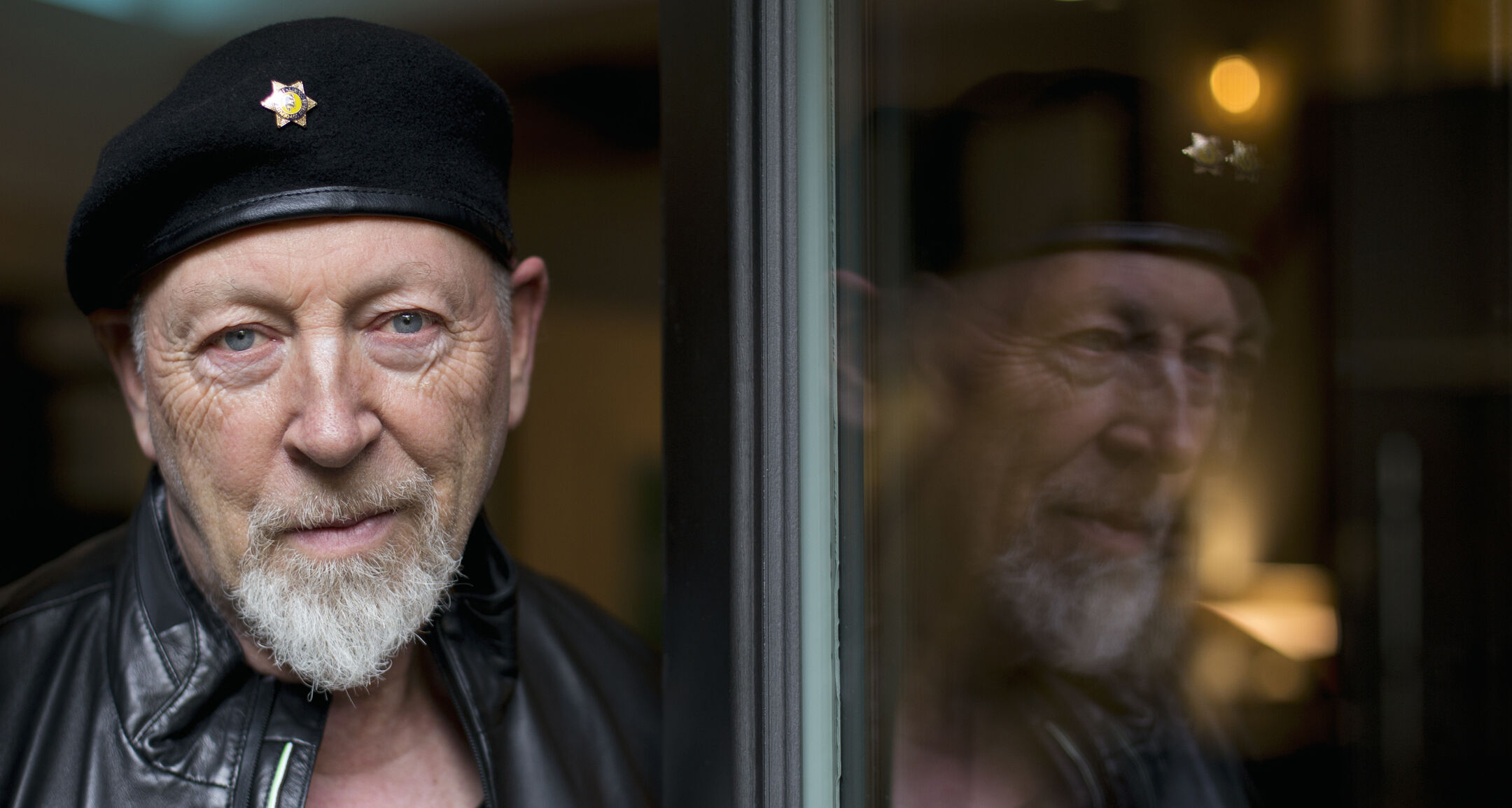 "THE FINEST ROCK SONGWRITER AFTER DYLAN AND THE BEST ELECTRIC GUITARIST SINCE HENDRIX." - LOS ANGELES TIMES

In 2017, Ivor Novello Award-winning and GRAMMY® Award-nominated legend Richard Thompson gave himself up to the music itself. Picking up a guitar, emotions echoed through his deft fleet-fingered fretwork, poetic songwriting, impassioned picking. Those transmissions comprise his nineteenth solo album, 13 Rivers.

“I never really think about what songs mean,” he admits. “I just write them. Some of them reflect on what happened a few months ago or even a year ago. It’s a process of surveying my life and where I was at.”

In 2017, Thompson began composing ideas for what would become 13 Rivers at his California home. Off the road, he focused on writing. As a result of the defined time period, the music possessed a distinct cohesion.

“I wrote the songs as a group to hang together,” he elaborates. “They belong together in some way and seem to possess a commonality since they were written in the same time and space.”

To capture this vision, he retreated to the famed Boulevard Recording Studio in Los Angeles. Known previously as “The Producers Workshop” and once owned by Liberace and his manager, the locale served as the site for seminal classics by Steely Dan, Fleetwood Mac, Ringo Starr, and Joan Baez. It also hosted the mixing sessions for Pink Floyd’s The Wall. Notably, this marked the first time Thompson self-produced in over a decade and he opted to track analog in just ten days. Engineered by Clay Blair (The War on Drugs), usual suspects Michael Jerome [drums, percussion], Taras Prodaniuk [bass], and Bobby Eichorn [guitar] joined him.

“It’s a funky studio that was quite popular in the sixties and seventies,” he says. “It used to be Hollywood trendy, but it fell into total disrepair. It’s still got some gaps in the walls. I like studios that are honest. It’s about the décor of the sound, and there’s a specific sound to Boulevard. Clay is a Beatles nut, so I could grab a Gretsch off the wall or dial into an amp that had this unbelievable tone reminiscent of The Beatles. They also say Liberace’s ghost still haunts the place, but I hadn’t seen him myself,” laughs Thompson.

13 Rivers commences on the tribal percussion and guitar rustle of “The Storm Won’t Come” as the artist bellows, “I’m looking for a storm to blow through town.” The energy mounts before climaxing on a lyrical electric lead rife with airy bends and succinct shredding.

“Obviously it's been a stressful couple of years,” he sighs. “The song references wanting to change your life—but it’s a difficult undertaking. You have to wait for it to happen naturally. You can’t force it.”

Elsewhere, “Her Love Was Meant For Me” spirals into an emotionally charged display of fret fireworks punctuated by his deep wail. “Tears” shakes and shuffles from haunting verses towards a hypnotic refrain “about a friend’s hard and interesting life.”

Meanwhile, the dreamy “Shaking The Gates” unfolds like a hymnal as he croons, “I’m shaking the gates of heaven.”

“The are 13 songs on the record, and each one is like a river,” he explains. “Some flow faster than others. Some follow a slow and winding current. They all culminate on this one body of work.”

In many ways, his career has pointed towards such a statement. Powered by evocative songcraft, jaw-dropping guitar playing, and indefinable spirit, this venerable icon holds a coveted spot on Rolling Stone’s “100 Greatest Guitarists of All Time” and counts a Lifetime Achievement Award from the Americana Music Association in Nashville, and a Lifetime Achievement Award from the BBC Awards among his many accolades. 2011 saw Thompson garner an OBE (Order of the British Empire) personally bestowed upon him by Queen Elizabeth II at Buckingham Palace. Moreover, Time touted his anthem, “1952 Vincent Black Lightning,” on its “100 Greatest Songs Since 1923” list.

Thompson’s influence can’t be overstated. Everybody from Robert Plant, Don Henley, and Elvis Costello to REM, Sleater-Kinney and David Byrne has covered his music.

Wilco’s Jeff Tweedy jumped at the chance to produce 2015’s Still - which earned plaudits from Pitchfork, The Guardian, Rolling Stone, and more. Meanwhile, Werner Herzog tapped him for the soundtrack to Grizzly Man. He launched his career by co-founding trailblazing rock outfit Fairport Convention, responsible for igniting a British Folk Rock movement.

However, 13 Rivers represents another high watermark. “The songs are a surprise in a good way,” he leaves off. “They came to me as a surprise in a dark time. They reflected my emotions in an oblique manner that I’ll never truly understand. It’s as if they’d been channeled from somewhere else. You find deeper meaning in the best records as time goes on. The reward comes later.”

Paul Miller has played music professionally for over 40 years - with Coco and the Lonesome Road Band, Bluebird, Andy Shapiro, Breakaway, and the Bluegrass Gospel Project. A versatile musician, he plays guitar, bass, and drums, and sings. Paul has produced CD’s from Jon Gailmor and Rebecca Pidgeon, and is featured as a guest artist on numerous recordings generated from the Vermont music scene. Not to stop there, he also coordinates a Supported Employment program for Washington County Mental Health Services in central Vermont. He lives in the wilds of South Woodbury, Vermont.

Willa Mamet was born in Randolph, VT, and weighed on the pastry scale at Rainbow Sweets on her way home to Woodbury. She grew up making music with her family and community, one of whom - lucky her - was Paul Miller.  Once dastardly shy, music has drawn her out from under the proverbial rock.  She tours twice yearly with Paul, delighting audiences with her lightening-fast patter and jokes for every occasion.   When not touring with Paul, Willa performs sola with piano, guitar, and ukulele.  She writes songs to break your heart or mend it, as needed..

AS OF TODAY - this could change in the future.

- All attendees will either be fully vaccinated or will have received a negative PCR test within 48 hours preceding the show.
- Mouth and nose coverings will be worn by all attendees at all times except when eating or drinking.