One Night of Queen - BOH Presents... 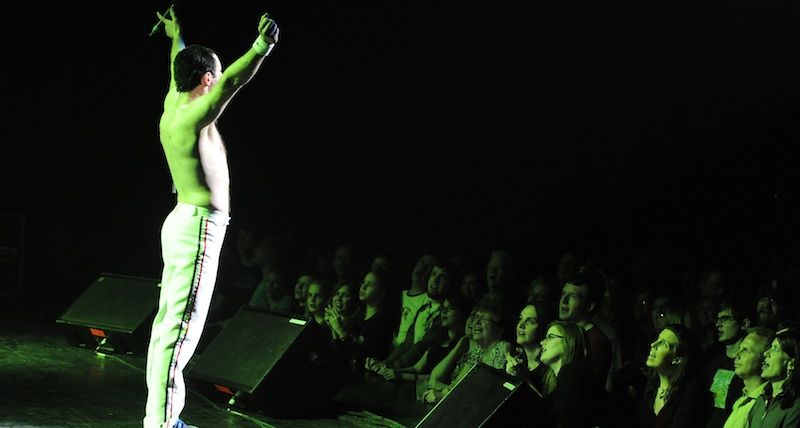 RESCHEDULED TO APRIL 11, 2022 - tickets purchased will be honored for the new date or we will offer refunds. Check your email for further information.

If you loved the award-winning Oscar nominated film, Bohemian Rhapsody, you won't want to miss this incredible re-creation of Freddie Mercury and Queen in Concert - a spectacular performance by Gary Mullen & The Works! Tickets were gone two weeks ahead of the performance two years ago here at BOH, and the show has sold out major venues all over the world, including the famous BBC Broadcast Proms In The Park concert series to a very enthusiastic crowd of 40,000.

Gary has been a lifelong Queen fan and has always been a keen singer. His career as Freddie started in 2000, when his wife and his mother secretly applied to the Granada TV show Stars in Their Eyes. Gary won the overall Live Grand Final, polling 864,838 votes, more than double the runner up and setting the all time record for votes on the show. Gary is featured in the Stars in Their Eyes video, CD and book and has represented the UK on Euro Stars in Their Eyes.

After the television experience Gary performed as a solo artists but immediately started to receive rave reviews and was encouraged by the audience reaction therefore in 2002 he created One Night of Queen and formed his band The Works. Since then One Night of Queen have gone from strength to strength and are one of the hardest working bands in the land. For the last five years they have consistently performed over 150 shows per year in a variety of countries.

Gary was personally invited by Brian May to attend the Queen & Paul Rodgers show in Cardiff and was thrilled to be introduced to Brian backstage after the show. For the first time in Gary's life he was left speechless by the great man.