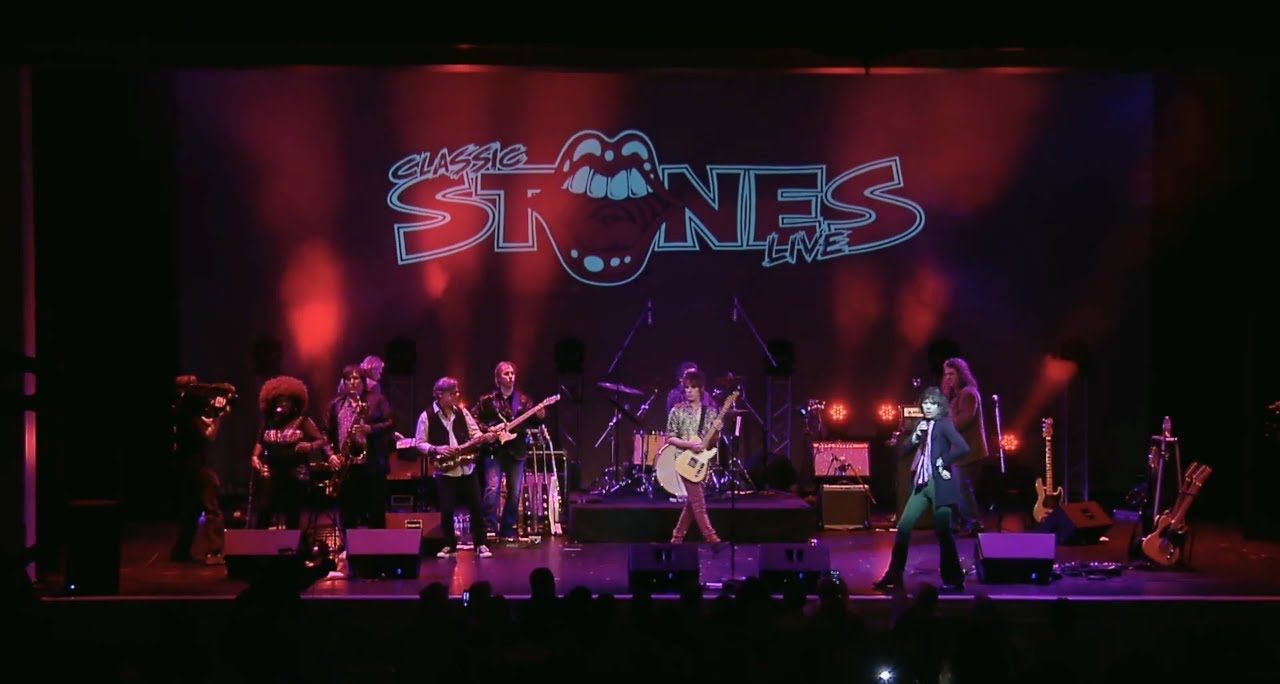 THIS CONCERT HAS BEEN RESCHEDULED TO OCTOBER 3. If you purchased tickets for this show, we will honor them for 10/3 or offer a refund information (please check your email for information).  Apologies for any inconvenience!

Frontman Keith Call has all of the moves and swagger of Mick Jagger, and along with his partner in crime Bernie Bollendorf, who portrays rock and roll outlaw Keith Richards, they complete the duo notoriously hailed as “The Glimmer Twins”.

Their jaw-dropping resemblance to these two rock and roll icons is simply amazing, but what truly makes Classic Stones Live™ unique, is their musical prowess, attention to detail, and the spot on renditions of all of your favorite Rolling Stones “classics”!

From the signature saxophone solo in Brown Sugar to the unforgettable backing vocals in Gimme Shelter, every last detail has been accounted for by this eight-piece band. Classic Stones Live™ performs all of the songs that are staples of any Rolling Stones show in original tunings.

Dan Geringer – Philadelphia Daily News
“…Call’s amazingly spot on Mick.”…”the spitting image Rolling Stones tribute band.”…”sound shockingly like the Rolling Stones, demonstrate the dramatic difference between a cover band that plays the tunes and a tribute band that lives them.”