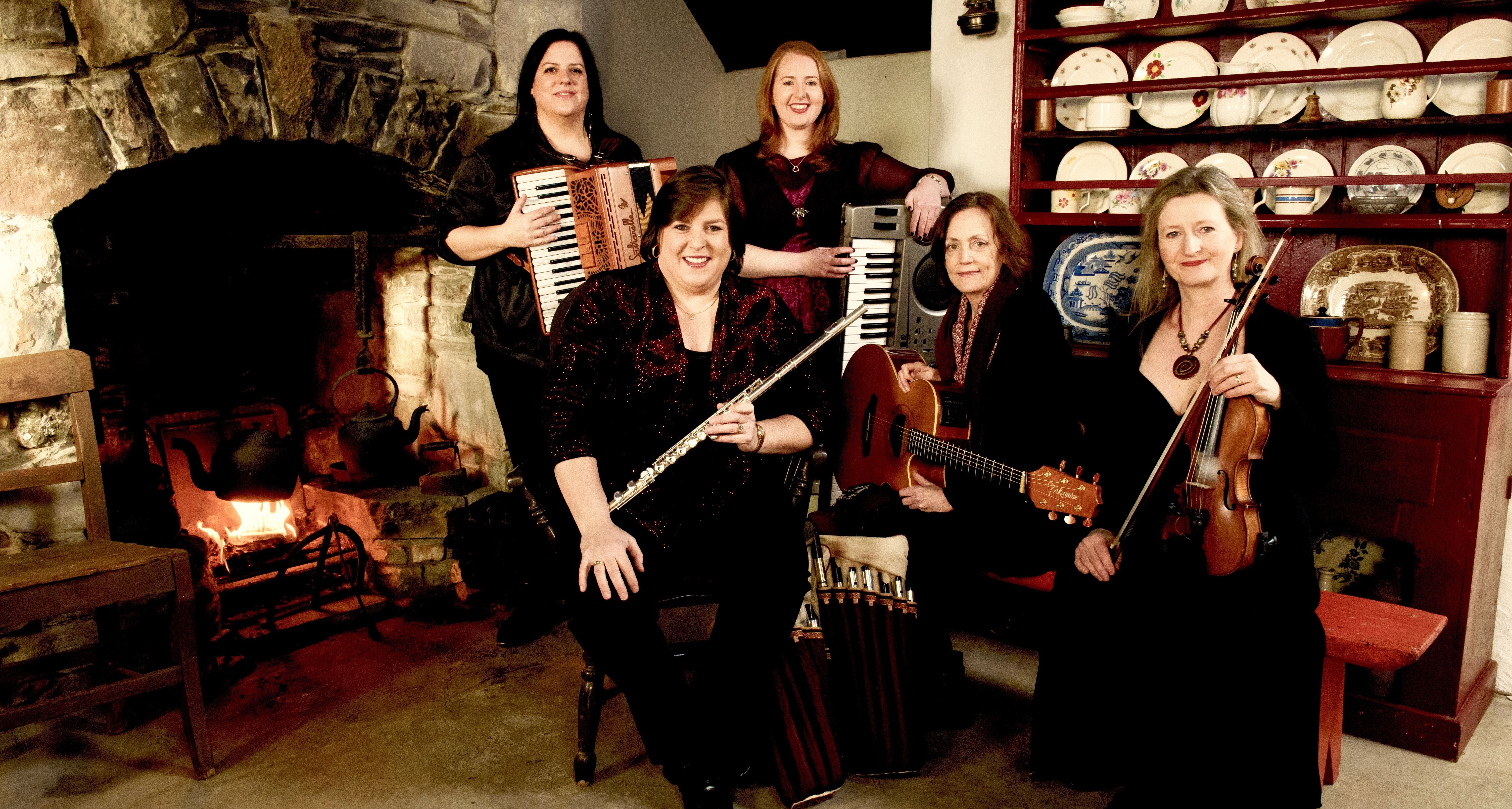 "Expands the annals of Irish music in America...the music is passionate, tender and rambunctious." Jon Pareles, The New York Times

“It is simply impossible to imagine an audience that wouldn’t enjoy what they do,” says the Boston Globe speaking of Cherish the Ladies, the Grammy-nominated, Irish-American super group that formed in New York City in 1985 to celebrate the rise of extraordinary women in what had been a male-dominated Irish music scene. Since their first sold-out concert, they have exploded onto the Irish music circuit performing thousands of concerts around the globe and are now among the busiest and most admired Irish groups on the planet. 2020 celebrates the incredible milestone of 35 years of touring in the finest venues around the world including the White House and the Olympics and along the way recording a staggering 17 critically acclaimed albums.

Their show is a wonderful blend of the old and the new. Irish songs, lively jigs and reels and heart-wrenching slow airs transport the listener on an enchanted musical journey. Cherish the Ladies make centuries-old music their own with music that has been passed down from generation to generation enhancing it with tasteful new arrangements and talented renditions.

Under the leadership of front woman and raconteur, All-Ireland flute and whistle champion Joanie Madden, named one of the Top 25 most influential Irish Americans of the past quarter century, these ladies create an evening that includes a spectacular blend of virtuoso instrumental talents, beautiful vocals, captivating arrangements and stunning step dancing.
The New York Times calls their music “passionate, tender, and rambunctious,” and the Washington Post praises their “astonishing array of virtuosity.” They’ve won recognition as the BBC’s Best Musical Group of the Year and named Top North American Celtic Group by both America’s National Public Radio and the Irish Music Awards, not to mention having a street named after them in the Bronx!
They’ve shared the stage with such legendary musicians as The Clancy Brothers and Tommy Makem, The Chieftains, Vince Gill, Nanci Griffith, Pete Seeger, Don Henley, Arlo Guthrie, Maura O’Connell, Mary Black and even collaborated on the The Boston Pops Symphony orchestras recording, “The Celtic Album” which was nominated for a Grammy. They’re in constant demand in the symphony world and have become the most popular Celtic Pops act in history with over 300 performances as the featured soloists with symphony orchestras.

Cherish the Ladies level of artistic, historic, and purely enticing entertainment is unlike any in its genre. As their reputation and admiration from both fans and critics alike continues to grow, Cherish the Ladies blazes forward into another decade of music making.