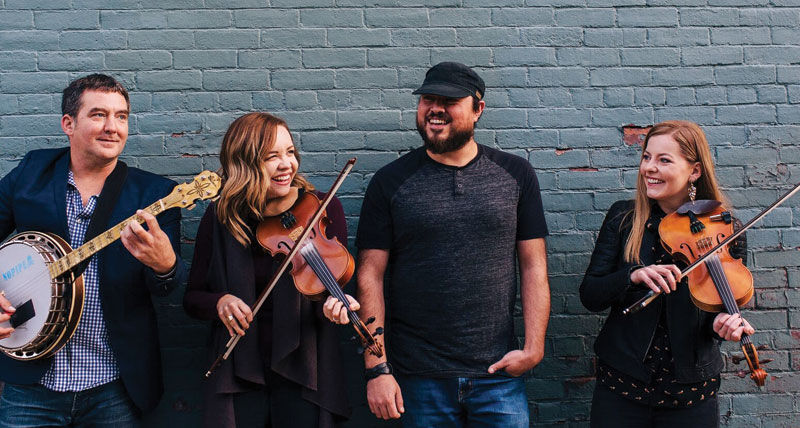 Nova Scotia’s powerhouse Còig presents an evening of fiery Celtic holiday tunes from their 2015 album Carols. Còig is one of today’s most exciting new North American Celtic groups. The members of Còig all have traditional roots, but each brings something more. Fiddler Chrissy Crowley has touches of world and contemporary music. Pianist Jason Roach has a jazz degree, Darren McMullen (guitar, banjo, mandolin, etc.) has worked everywhere from Irish to rock groups, and fiddler Rachel Davis is the most Cape Breton trad, but with folk and roots infused flavors as well. Còig’s music is a unique combination of influences that could only come from these four players. It’s traditional, but it’s performed in non-traditional ways. With a combined total of over 30 group and solo awards and nominations, the four members of the band are already recognized as major stars of the Celtic world. The group’s debut album Five, released in June 2014, earned them the 2014 Canadian Folk Music Award for Traditional Album of the Year, the Music Nova Scotia Award for Traditional/Roots Recording of the Year, and the 2015 East Coast Music Award for Roots/Traditional Group Recording of the Year. That was followed by 2015’s Carols, already a yearly holiday favorite.

Media Support from The Point